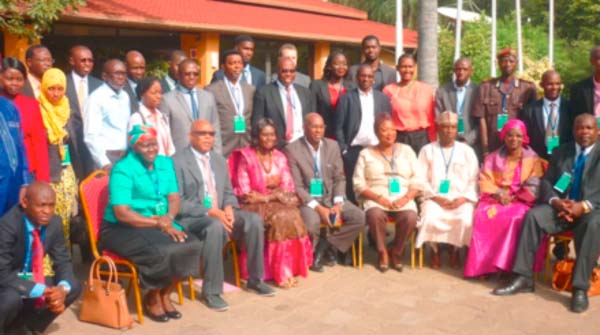 The permanent secretary at the Ministry of Trade, Industry, Regional Integration and Employment, Naffie Barry, has outlined progress registered by the Gambia government in improving the country’s trade and investment environment.

She added that the government had undertaken various reforms and adopted policies towards reducing cost and delays in trade and investment transactions.

Trade PS Barry made the remark while delivering her speech at the opening of the 7th West Africa Monetary Zone (WAMZ) third technical committee meeting of trade ministers at the Kairaba Beach Hotel.

According to her, reforms undertaken by the government included the Gambia Growth and Competition Commission, and a one-stop shop for business registration had also been put in place.

“The business registration is done electronically within 24 hours at a cost of D500,” the trade PS said.

“This system is efficient and less costly compared to the previous system of business registration.”

PS Barry also stated that the Gambia Revenue Authority had further simplified its customs procedures to cut down on administrative costs, and enhance efficiency by upgrading its system to ASYCUDA++ which is now operational.

She also mentioned that progress had been made in procedural requirements for import and export of goods, adding that goods are now cleared within one or two days, which has significantly reduced the turn-around time for clearing goods at the port of Banjul and other entry points.

On the ECOWAS programme, she added, The Gambia had started implementing the protocol on Inter-state Road Transit of goods in July 2013, and since then all transit goods from The Gambia are transported under the scheme.

“This has increased security and reduced delay of transit goods through The Gambia,” PS Barry stated.

She said the theme for the forum “Post Ebola, rebuilding capacity for Trade and Investment in the WAMZ” was appropriate, as the effects of the Ebola epidemic were felt not only by the three declared Ebola countries (Liberia, Guinea and Sierra Leone) but the whole of the region.

“With this theme, we will be able to assess the effects of the epidemic on trade and investment in the region, and the outcome will help us to sharpen our policy response to regain our competiveness.”

She encouraged the experts to critically examine the situation and provide practicable recommendations to their ministries for adoption.

According to her, one of the lessons learned from the outbreak was that the disease had no border and no single country could contain it.

Therefore, she continued, coming together would remain the best option in dealing with such a situation.

“The epidemic overstretches our health facilities and exposes our vulnerability to such epidemic. This, therefore, confirms the need for regional integration to strengthen our resilience.”

The purpose of the forum was for trade experts to discuss presentations on reports and proposals that are very relevant to integration agenda as a monetary zone, she continued.

She added that these reports would add value to the work, as well as help them to improve on their trade policy.

According to Mrs Barry, it would be important for them to assess their implementation of the Trade Liberalisation Scheme, and the protocol on the free movement of goods and persons.

“We expect WAMZ and other regional institutions to help the member states deepen their Intra-regional trade within the existing regional framework and institutions,” she declared.