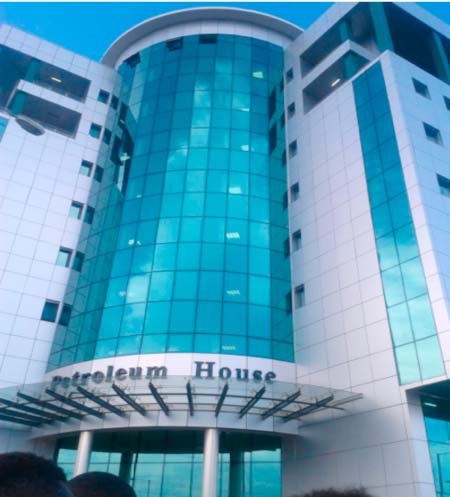 In his inaugural speech, President Jammeh said financing of the monumental building and complex was done solely from national resources.

“Today we are here inaugurating the tallest and most iconic tower that is proudly funded and hundred percent owned by The Gambia, thanks to the supportive efforts of the National Petroleum and Energy.”

According to President Jammeh, throughout the next decade, the primary goal of his government is to bring petroleum operations from the doldrums and turn it into a vibrant socio-economic activity that not only generates revenue, but also guarantees the availability and affordability of essential petroleum products and related commodities, in addition to employment creation for the citizens.

President Jammeh emphasised that The Gambia’s potential in the petroleum sub-sector if fully realized would usher in an enabling spiral effect that further strengthens the impressive gains already registered in the areas of health, education, agriculture and other relevant sectors.

The inner-linkage between sectors would be fully exploited, as well as strong synergies built to ensure the uplifting of living standards for the people, he said.

Also speaking at the inauguration ceremony was the permanent secretary at the Office of the President and the Managing Director of GNPC, Babucarr Njie, who said he had been involved in every step of the design process for the building.

“The master plan architects and engineers were able to match the President’s keen sense of perception and come up with an impressive yet functional artwork that met his approval.”

He said Guangxi International Construction Engineering Corp (GICEC) Ltd was then approved as contractor, adding that the contract was awarded for the amount of D232,686,710.00.

“Three years and many tears of perspiration, hard work and sheer determination later, here we are looking up in amazement and satisfaction at having pulled off H.E’s vision. Your Excellency Sir, we hope it is to your satisfaction.”

The building has nine floors, excluding the ground floor and a helipad at the top.

The first floor consists of a cafeteria, a library and a data room and the 2nd floor houses small workplace kitchen for heating and storing food, an auditorium, an exhibition room, a meeting room, restrooms and 6 offices with ample space for open space offices.

Each floor from the 3rd to the 7th floor houses six office partitions and six individual offices, again with a workplace kitchen, restrooms and ample space for more open space offices.

The managing director’s office is located on the 6th floor and the 7th and 8th floor are designed for the exclusive use of the Ministry of Petroleum and Energy. In total, the building houses four meeting rooms, a conference room and a boardroom.

He said the GNPC intends to rent out floors 1 and 2 to the licensed oil companies currently conducting operations in The Gambia, and occupy for itself 3 floors with the remaining three reserved for the use of the Ministry. 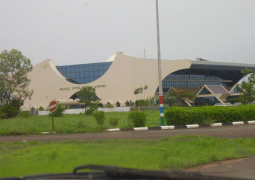