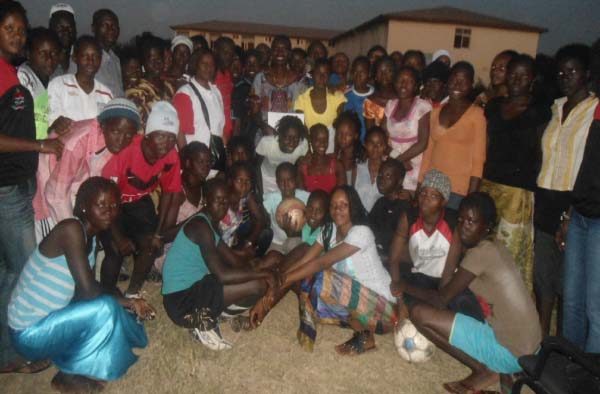 The first vice-president of The Gambia National Olympic Committee (GNOC), Beatrice Allen, accompanied by the chairperson of the Women and Sports Festival, Mary Samba-Christensen, on Wednesday paid a courtesy call to the regional teams at the GFA National Technical Training Centre in Yundum.

The visit availed the GNOC number 2nd and her entourage the golden opportunity to discuss with the regional teams about some of the main constraints they were faced with leading to their early exit from the ongoing Women and Sports Festival Football Tournament.

The visit has also created a platform for Ms Allen and her escorts to discuss with them some of the burning issues affecting the provincial team’s progress in football.

Oumie Harry, a representative from Central River Region (CRR), who was one of the speakers on behalf of his colleagues, told the gathering that one of the main factors that have continued to disturb them is that many facilities are provided for teams in the greater Banjul area to the exclusion of teams from the rural settlements.

She was however referring to the fact that in most cases, teams from the rural area are given less attention and concentration as far as their involvement in football is concerned, in favour of female teams in the urban settlements. “Greater Banjul teams like Red Scorpions, Interior and Armed Forces are given all the necessary support at our expense, which is not fair,” she charged.

Oumie also said the worst of all is the level of discrimination they have encountered during their matches in the Women and Sports Festival tournament.

She cited the absence of the first aiders during their matches as a typical example to the fact that there is and continue to be a big discrimination on their part. She therefore called on the relevant authorities to tackle the problem for the betterment of the game.

Other issues constantly hindering the progress of female football in the provinces, according to Oumie and her partners, are “lack of professional coaches, parents’ unwillingness to allow them [female youths] to be actively involved in football because they do not believe that girls can play football, lack of adequate training equipment, lack of encouragement, early marriage among other constraints.

They have since appealed to Ms Allen and her colleagues to help them in their bid to overcome some of the problems they are facing in their career as women footballers.

Ms Allen, for her part, was totally unhappy with the circumstances surrounding the regional teams and has promised to keep note of all what have been discussed in a bid to find the best solution at the commission’s meeting in which she will be chairing.

She added: “We have a policy to promote women and sports and one of the missions of the GNOC is to encourage women’s participation in sports and football in particular.

“We are doing this so that we can adopt a policy to promote women and sport and that is why we are going back to schools for the same purpose.”

She advised them to go back to their local administrations to put their house in order to tackle the main constraints affecting them, for the way forward for women’s participation in football in the regions.

The chairperson of the Women and Sports Festival, Mary Samba-Christensen, who was the first speaker at the occasion reserved some kind words for Beatrice, saying: “She is my senior and mentor and I look up to her. I am happy that she has been here with us throughout and the amount of support and encouragement she is giving to us has been phenomenal. I just hope and pray that we can do this every year.”

Mrs Samba-Christenson has also joined her mentor Ms Allen in giving some words of encouragement to the regional teams urging them to go back to their respective regions and practise continually so that they can become winners next time.

URR, CRR North and South LRR and North Bank Regions all exited the Women and Sports Festival tournament at the group stages and they are heading back home with no positive results. 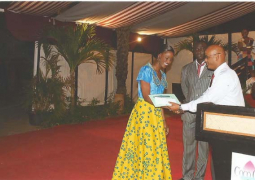