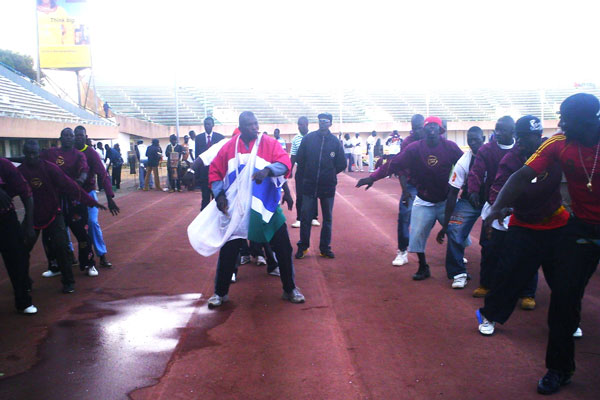 Gambien, a Senegalese wrestler, was last Sunday crowned as champion of the Fatou's Promotion in collaboration with Sylla of Dakar grand wrestling competition held at the Independence Stadium in Bakau.

A senior official of the Gambia Wrestling Association confirmed to Pointsport that each of the two wrestlers went home D200, 000 richer, while other wrestlers who also contested received handsome cash prizes.

In the other combats held before the main bout, Ernest Jatta defeated Alieu Faal, Confidence defeated John Sina, Ogis-Gambia was defeated by Boy Diouf of Senegal. Amadou Camara also defeated Tubabujor Jr. whilst the combat between Boy Bambara of Gambia and Bebe Manga of Senegal was a nil game

Speaking to reporters shortly after the competition, Matarr Jarjue, president of the Gambia Wrestling Association described the wrestling as a success and thanked the general public for the high turnout. He added that as form now on every weekend they would be organizing big wrestling events in the country.

Mr Jarjue used the opportunity to call on the public to go and watch wrestling at the Buffer Zone every weekend, noting that the association stages wrestling every week.

He thanked the two promoters, Fatou Camara and Sylla and urged others promoters to emulate them. 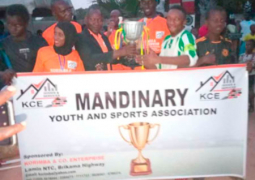 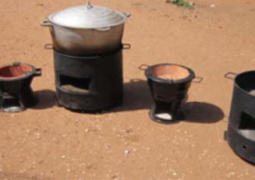 Gambia Goes to the Rescue of Coastal Communities