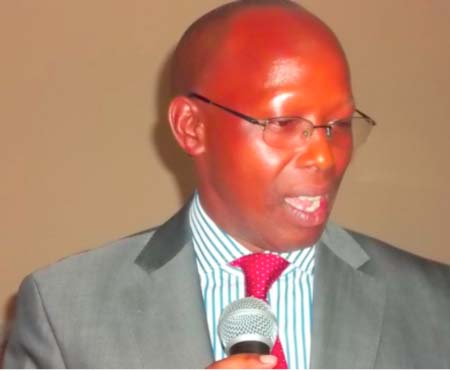 The Gambia has experienced large balance of payments and fiscal imbalances, caused by persistent policy slippages in recent years and financial difficulties in public enterprises, a report published 21 September this year by the IMF has stated.

This situation of “large balance of payments and fiscal imbalances” was exacerbated by sizable exogenous shocks from the impact of the regional Ebola outbreak on tourism and the delayed summer rains in 2014, the IMF stated in a press release sent to this paper after its executive board last week concluded its 2015 Article IV Consultation with The Gambia.

The release continued: “The authorities embarked on an economic programme based on a strong 2015 budget and structural reforms, and efforts to secure donor support. The Fund supported the authorities’ efforts through a Rapid Credit Facility (RCF) disbursement in early April 2015 and a Staff-Monitored Program (SMP).

“However, major policy slippages have occurred since the RCF disbursement, pushing the SMP off track and worsening the outlook considerably, especially since budget support from donors will not be forthcoming. In early May 2015, the President’s office issued a directive imposing an exchange rate overvalued by more than 20 percent compared to the prevailing market rates, which the Fund staff assessed to be broadly in equilibrium.

“The fiscal position too has deteriorated significantly since mid-April, while inflationary pressures and T-bill rates have increased, reflecting the inconsistent macroeconomic policies. In the absence of corrective policies, The Gambia’s external viability and fiscal sustainability could be at serious risk.”

The IMF executive board which concluded the 2015 Article IV consultation with the relevant authorities of The Gambia government further stated:

“Executive Directors noted that a cycle of exogenous shocks followed by policy slippages had led to weaker real GDP growth in The Gambia than in other countries of the region.

“Directors regretted that recent policy slippages have worsened an already difficult macroeconomic situation, and are threatening The Gambia’s near- and medium-term growth prospects.

“Accordingly, they called for strong corrective measures to address the growing macroeconomic imbalances, and bring policies back on track to achieve the objectives of the authorities’ economic programme monitored by Fund staff.

“Directors stressed that an ambitious and sustained fiscal adjustment is necessary to bring the fiscal situation under control.

“They encouraged the authorities to implement the measures in the current budget and to identify soon additional measures for a deep budget restructuring beginning in 2016.

“Such an adjustment will create space for development spending while fostering macroeconomic stability and social progress over the medium term.

“Directors also highlighted the need to articulate a strategy to overhaul public enterprises in the energy and telecommunication sectors to stem their demand on budget resources.

“Directors welcomed The Gambia’s significant social gains over the past years, but noted that there remains ample room to enhance inclusive growth and competitiveness.

“They encouraged the authorities to step up agricultural reforms, and improve infrastructure in energy and transport to enhance economic diversification and resilience to shocks.”