Amadou Ndoye Diop of Yoff emerged as champion for the first time as three Gambian swimmers shone at the 28th edition of the Dakar-Goree Open Water Swimming competition held in Senegal on 27 September 2015.

Pap D. Jonga and Jegan Y. Jobe of Barra, and Momodou Lamin Saine of Bakau competed in the 4.5Km and successfully completed the race.

The competition was categorised into two courses, A & B. Course A was the longest - 5.2Km course for senior swimmers, whilst course B was the junior course of 4.5Km for cadet and junior swimmers. 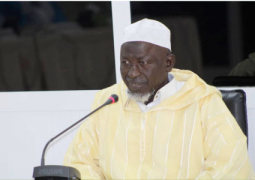