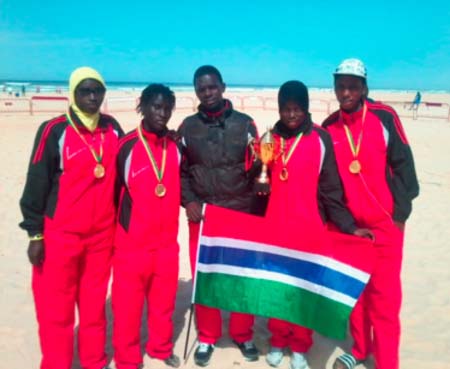 The Gambia volleyball male and female beach volleyball teams are expected to leave Banjul today, Wednesday, to the Senegalese capital of Dakar to take part in the qualifiers of the 2015 All Africa Games.

The Gambia participated in the 2011 Mozambique edition with a CAVB ranking qualifications.

This is therefore the first AAG qualifying entry for The Gambia.

The head coach of the national team Alagie Babou Joof confessed his team’s readiness and willingness to prove all doubters wrong.

“We are ready to make history once again and demonstrate our ability of overtaking football,” Joof said.

“My players are well prepared, psychologically and mentally fit and we are sure of victory.”

The team’s bill to take part in the qualifiers was partly funded by Social Security and Housing Finance Corporation (SSHFC).

CAVB has approved the registration of the Gambia National Teams to participate in the Beach Volleyball Zone 2 – Men and Women Zonal qualification for the 11th All-Africa Games to be held in Senegal from 15 to 18 April 2015.

The National Federation will be represented by one team per gender and the competition shall be played in one pool for men and one pool for women adopting round robin system, and two nations will make it through to the games.

The Gambian delegation included 4 players, namely Babucarr Jarra and Malick Jammeh from Jeshwang volleyball team for the male side and Abi Kujabi and Saffie Sawaneh both from GAF, comprised the female team.

The following countries from the Zone are registered to participate in the qualifier:

In view of the number of registered teams and the anticipated number of matches to be played, the qualifiers calendar has been adjusted as follows: 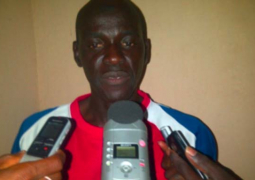 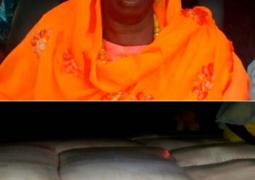