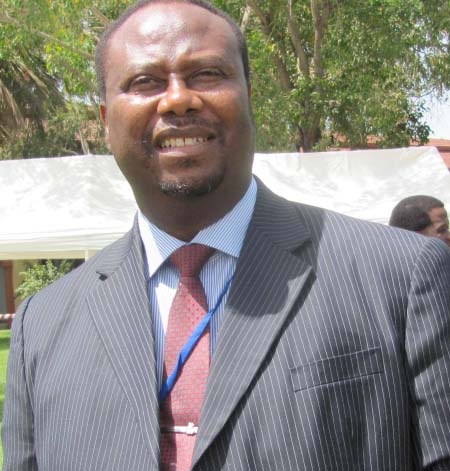 The Gambia will host an educational conference of the West African Insurance Companies Association (WAICA) on 8 and 9 November 2015, officials have said.

The annual rotating conference, to be held at the Kairaba Beach Hotel, will be hosted by the Insurance Association of The Gambia (IAG), the umbrella body of insurance companies in the country.

It is expected to be attended by at least 150 delegates mainly from English-speaking countries of West Africa: Ghana, Nigeria, Liberia, Sierra Leone and The Gambia.

Officials said the sub-regional delegates will be arriving over the weekend and will be treated to a welcome cocktail on Sunday evening; the conference proper starts on Monday.

The conference will be discussing the theme: ‘Africa rising: The indigenization of insurance in West Africa’.

WAICA Secretary General William B. Coker said WAICA educational conferences are designed to bring participants from different countries to share experiences on a particular issue, for the development of the insurance industry.

He said this year’s theme was informed by the need for indigenes of West Africa to have more participation, and more say in the growth and development of the insurance industry.

“We do realise that we are in a global village, but we have to use our people to dictate the terms of insurance development; we cannot have outsiders telling us what to do; we have to be proactive to develop the industry for ourselves,” Mr Coker said.

Presently, he said, the indigenes have some say, “but we want to have more participation”; more insurance companies to be owned by West Africans.

“This does not mean that we are closing our doors to outside investors,” the WAICA SG said.

At the two-day educational conference, two thought-provoking papers will be presented and discussed by dynamic stakeholders from the insurance industry.

The first paper is ‘Africa Rising: The Indigenisation of Insurance in West Africa, the pros and cons of legislation and regulation’.

This session will see participants brainstorming on the ups and downs of putting in place regulations and legislations to indigenise the insurance industry.

The second paper, to be presented on the second and final day of the conference, is ‘Africa rising: the indigenization of insurance in West Africa, reaching the unreached’.

During this session, delegates will discuss how best to reach the grassroots - people neglected by the mainstream insurance policies.

“All the lectures will be interactive, as participants will be asking questions and adding experience for others to learn from,” Mr Coker said.

By the end of the conference, the delegates are expected to learn enough that they can implement in their respective countries, for the development of their insurance market.

“The whole essence is to increase insurance penetration so that more people can be insured and enjoy the advantages of insurance,” Mr Coker explained.

The insurance penetration level in West Africa is about 2.5 per cent of the population, according to statistics.

“So there are lots more people out there who are not insured, and these are the people we want to reach with micro-insurance,” Coker continued.

The other benefit of the WAICA education conference is networking, as participants from different countries meet and share contacts which can be useful for future professional development.

Since the establishment of the association in 1973, the annual conference has been going on, and it tackles pertinent issues that seek to address challenges and spur growth of the industry in West Africa.