The has dropped drastically in the latest FIFA rankings released on Wednesday, a month after making its highest mark on both global and continental level.

The was ranked 65th and 12th in the World and African standings respectively in May 2009 but has now dropped 34 places to 99th in the world standings and 12 places down to 24th in .

The fall could be linked with the lack of games by the Scorpions over the past months which FIFA uses to assess countries.

have overtaken as the top team in , matching their highest ever position in the Fifa world rankings.

's two wins in 2010 World Cup qualifying in the last month have helped them move into the number one position in .

They were also aided by 's poor performance in the same campaign so far.

The Indomitable Lions suffered a disappointing draw with and are second in and 29th in the world.

Good performances at the Confederations Cup have seen both and improve their rankings.

The Pharaohs may have dropped out of the tournament at the group stage but their win over the reigning world champions gave them plenty of points - they are now 38th in the world and 6th in .

have moved into 70th position after strong losing performances against and . 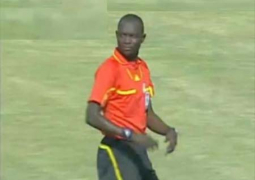