Karafa Sanneh, the former Siffoe Farm Manager was recently re-arraigned at the Brikama Magistrates' Court on charges of obtaining money by false pretence, giving false information, making documents without authority and stealing an obligation of registration.

According to the particulars of offence on count one, Mr. Sanneh, in the year 2009, at Gunjur and diverse places with intent to defraud the sum of D30, 000 from Lamin Sarr and Lamin Bayo said that he'd received instructions from the State House that he should pay workers at Siffoe Farm and use the balance to buy colanut for the people of Kartong Village.

Count two states that in the year 2007 at in Kombo South and diverse places he gave false information to the Alkalo of Seyon that hundred bags of sugar sent to the village should not be shared because of an instruction received from State House.

Count three states that on 15th July 2009, at mining site in the Western Region with intent to defraud and without authority he altered a receipt bearing the name of Solifo Investment.

Count four states that on 2nd March and 23rd June 2009 as the Managing Director of Salifo Investment Company and a sole signatory to the said company account at Access Bank in Brusubi, stole D1, 306 769, being the property of the said company.

While count five states that between March and June 2009, at Sambuya mining site and diverse places he operated a business in The Gambia, without a certificate granted by the Registrar of Companies.

He pleaded not guilty to all the counts.

Magistrate Effim then remanded him in custody until the next adjourned date, 24th November 2009.

Special Olympics Africa Partners with Spirit of Football, Alive And Kicking On the "The Ball" 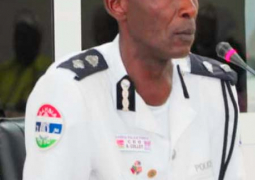 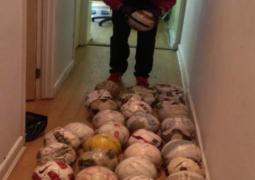