Alasana ST Jammeh, the former Permanent Secretary at the Department of State for Religious Affairs, who was standing trial for giving false information to a public servant, was on Thursday 20th May 2010 acquitted and discharged by the Principal Magistrate Emmanuel Nkea of the Banjul Magistrates' Court.

According to the magistrate, after carefully going through the evidence of the prosecution witnesses, and the exhibits tendered and the submission of no-case by the defence, the court had found it difficult to see anything that suggests that the information given by the accused was false.

He said what the court gathered from the document was that the Permanent Secretary was instructed to get the cheapest offer for 2008 Hajj operations, noting that none of the prosecution witnesses gave any evidence, which discredited or controverted the evidence contained in the exhibit.

Therefore, he said, there is a total disconnect between the offence charged and the evidence adduced by the prosecution’s witnesses.

Magistrate Nkea added that the letter was addressed to the Permanent Secretary at the Department of State for Local Government, Lands and Religious Affairs, which office was occupied by the accused person at the time.

He pointed out that the main issue for determination in this application is whether it can be said that the information given by the accused to the Hajj Commission, as stated in the particulars of offence, are indeed false. He stated that the court agreed with the defence counsel when he submitted that the prosecution has failed to make any prima facie case against the accused person.

Still delivering the ruling, Magistrate Nkea stated that exhibit DE1 is a letter emanating from the Office of the President, signed by one Alieu Njie for the Secretary-General. The relevant portion of the letter indicated that "please be informed that information conveyed therein is noted with approval, but if there is a cheapest offer, we will be obliged to accept it." 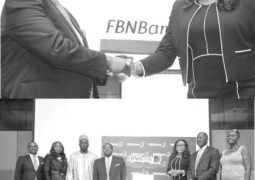