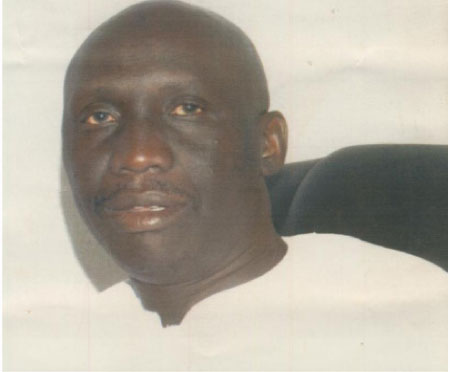 Former director of intelligence and investigation at the National Drug Enforcement Agency (NDEA), yesterday opened his defense in the theft case involving him at the Banjul Magistrates’ Court before acting-Principal Dawda Jallow.

Foday Barry in his testimony told the court that he was indicted in 2012 and subsequently dismissed from active service.

According to him, before he was dismissed from the service, he had course to investigate one Robert Yaw Danquah, whom the intelligence had revealed was among the people who were suspected to be drug dealers.

He added that the intelligence further revealed that Mr. Robert visited The Gambia prison prior to his arrest, as well as for the purposes of being in the country without any reason given to the officers during the investigation.

Mr Barry said based on that intelligence information, a team was formed headed by Inspector Lamin Gassama.

He said after giving them all the necessary information, the team was deployed to different areas within the Greater Banjul Area, adding that the suspect was arrested at one Guest House called “JUST FOR YOU” in Fajara, alongside one Ousman Drammeh.

Still in his defence, Foday Barry said they arrested them with certain Gambian currencies, and they were taken to Holgam in Kanifing.

He added that upon arrival at Holgam in Kanifing, the money was counted and confirmed as D850,000 and all the arresting officers were present in the office at the time.

When the money was being counted, he not only concentrated on the money aspect, but his cell phone number for the people he was communicating with before his arrest, Barry said.

“As a former director of intelligence, I was able to establish the people the suspect was communicating with prior to his arrest,” said Foday Barry.

He said that no Gambian would be able to tell the court how the two tonnes of cocaine came into the country, either by air or sea.

Barry added that he had visited the scene and also informed the Special Organizing Crime Agency (SOCA) to intervene, as director of intelligence at the time.

He said according to intelligence, the burnt two tonnes has been in the country through local connections, which led to the arrest of Danquah before his escape.

He added that Danquah was jointly interrogated during the investigation, adding that he would be able to identify Robert and his team members.

The suspects were arrested at Danquah’s room, he said.

He added that the money found on the suspect was later put into the safe in his office, and the said safe had two keys, and one could not open without the other.

Still testifying, he said Danquah later escaped from custody, in November 2011, but they received the information that he was in his home country, Ghana.

He noted that a notice was sent to Interpol for his arrest.

A few weeks after his escape, the agency received three Ghanaian police officers, and the affidavit was sworn and sent to the Ghanaian authorities for the suspect to be extradited to The Gambia.

Danquah was later extradited for possible prosecution, he added.

Man in court for assault