The theft case involving one Muhammed Muktarr, an ex-employee of Gam-food Company, proceeded yesterday at the Special Criminal Court in Banjul before Justice Emmanuel Nkea.

Continuing his testimony, the first prosecution witness (PW1) Abass Akarr, told the court that the accused made double entries in the ledger.

It was double entries on the same quantity, and on the delivery notes, he said.

Mr Akarr adduced that the price of the carton of chicken legs at that time was D550 per carton, adding that Gam-food was a major foodstuff company in The Gambia, which was incorporated between 2009 and 2010, and it’s license was renewed.

He said the accused was also entrusted with materials such as plywood, corrugated iron sheets, and wheelbarrows.

The witness added that they later realised that there were shortages of chicken legs, plywood and cardboard, adding that this shortages were not reflected in the ledger.

He said they realised this by comparing the office ledger, the warehouse ledger, and the stock on the ground, which was not corrected.

Mr Akarr further revealed that they also discovered that the accused sold 200 bundles of corrugated iron sheets, which was costing D1,325 and he should be having 774 plywood sheets in his records, but he has nothing in his records. 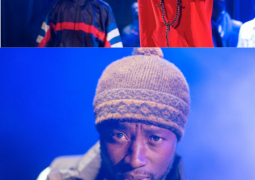