The trial has been adjourned in the case involving the former officials of the Assets Management and Recovery Corporation (AMRC) namely, Abdoulie B Tamba, the former managing director, Abdoulie Dibba, the former director of commerce and trade, and the former finance director, Yusupha Jaiteh.

The case could not continue before Justice Emmanuel Admadi of the special criminal court in Banjul, because the defence counsel was said to be indisposed.

When the case was announced, the state prosecutor applied for an adjournment as the defence counsel was absent.

The case was then adjourned to 9 July 2014, for continuation. 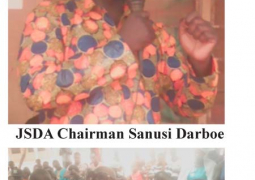