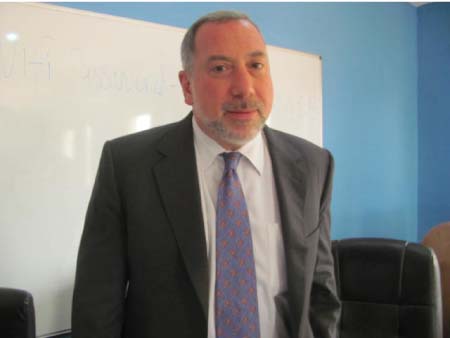 A word for the wise, they say, is quite sufficient.Latest report by the Executive Board of the International Monetary Fund (IMF), which concluded the Article IV consultation with The Gambia on 11 September 2013, has said it all regarding the state of economic affairs in the country, at least for the short to medium term.

The report highlights salient aspects of the economy which must be urgently taken care of to take the economy back on the track of sustained progress and growth it has been over the recent years, except for the 2011 drought.

Although the IMF Executive Directors welcomed The Gambia’s ongoing economic recovery from the 2011 drought and commended the authorities for achieving robust growth and significant poverty reduction in recent years, they expressed concern that “recent fiscal slippages and inconsistent policies have increased risks and vulnerabilities”.

Their report states that although growth has been picking up, weaknesses in the balance of payments have persisted, leading to depreciation pressures on the Gambian dalasi, adding that most recently, inconsistent economic policies have intensified these pressures.

Interest on this debt, it states, has consumed a rising share of government resources in recent years, reaching 22½ per cent of government revenues in 2012, most of which was paid on domestic debt.

The report encourages the authorities to enhance the budget process, strengthen expenditure control, and rein in extra-budgetary expenditure.

The IMF also welcomes recent progress in managing the government’s external debt burden, and agrees that the authorities should continue to rely on grants or highly concessional financing to minimize exposure to external debt risks.

Poverty, it says, is still widespread, although, prior to the drought, the country made significant progress in the fight against it.

Whereas the report commends the successful implementation of the VAT and the progress made in phasing out fuel subsidies, it says further tax reforms will be needed over the medium term to strengthen revenues and address costly tax expenditures, while improving international competitiveness.

It as well states that inflation has been rising, but is expected to fall back to around 5 per cent a year over the medium term, as the Central Bank of The Gambia exercises monetary restraint.

It also cautions that a prolonged overvalued exchange rate would risk damaging The Gambia’s international competitiveness.

While the report commends the performance in the banking industry, it cries down persistent high non-performing loans, which require vigilance, including through intensive supervision for individual banks as needed.

Poor economic data remains an impediment to economic policymaking, it also says, welcoming ongoing initiatives, together with development partners, to strengthen economic statistics, notably for the balance of payments, which will require adequate funding and staffing.

The directors’ report considers that undertaking the strong fiscal adjustment outlined in the PAGE would reduce domestic borrowing needs and the cost and risks of the heavy public debt burden.

Borrowing a leaf from the IMF cautionary report as regards the country’s debt burden, I am touched to make the point that the need for accelerated economic growth in the Third World in particular and developed countries in general has made it an imperative necessity for governments in those countries to resort to both domestic and external borrowing.

There is a wide gap between available resources or savings and the investment to be undertaken by governments.  The gap reflects , among other things, prevalence of low productivity, low tax effort, meagre foreign exchange  earnings  resulting from weak terms of trade,  monocultural nature of most of the economies, etc. Thus borrowing to fill the gap in itself is not undesirable.

However, in the short run, the level of borrowing should be determined in such a way that financial flows, both domestic and foreign, are consistent with internal and external balance.

In the long  run,  the issue is how economic growth  while at the same time ensuring that  the use of borrowed funds  -  in conjunction with the stance of policy -  result in an adequate future stream  of real resources so as to permit  the timely servicing  of the liabilities incurred.

No matter the time horizon, the debt managers must consider the level of outstanding debt, domestic and foreign, maturity structure and the stream of debt service payments which have often exerted considerable impact on government fiscal operations, especially the rise of government deficit.

A debt overhang or burden is defined as the situation of a debtor country where outstanding debt is so large and rising as a proportion of Gross Domestic Product (GDP) that investment will be inefficiently low without new money or debt and debt service re-productions.

The causes of the large and rising debt as a proportion of Gross Domestic Product (GDP), referred to as debt overhang, are legion. The main ones include the following:  indiscriminate uncoordinated and persistent borrowings; poor loan sourcing, utilization and monitoring; bunching of loan maturities, and weak economic performance.

Debt burden acts as a tax on future output, discouraging productive investment by the private sector. It also creates problems for effective debt management, and causes monetary and economic instability.

It is therefore essential that forward-looking analysis of the country’s debt -servicing capacity is performed, regular loan portfolio review is undertaken, borrowing decisions are governed by national and sectoral priority of projects to be financed by borrowed funds, debt strategy with overall economic development strategy are integrated, and local capacity for debt management strategy is consistently built and enhanced as recommended by the IMF. 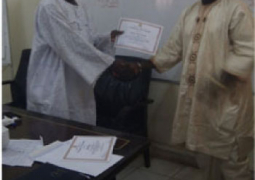