China will send 1000 health workers, equipment and medicines to the Ebola-hit countries.

Russia has sent equipment, medicines and a dozen of doctors and nurses to Guinea.

The European Union has already pledged US$1.3 billion.

Last Friday special players held against Ebola in all mosques.

All joins force with the private sector in Africa to set up US$ 28.5 million Ebola crisis fund. 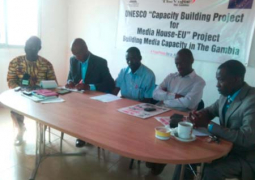