Continuing his defence, Lt. Col Mam Matarr Secka, former armed forcestransport commander and officer overseeing the military police unit, told the court that while he was at the NIA, one Mr Leese told him that they are arranging a vehicle to take him to Mile 2.

He added that upon his arrival at Mile 2, he was given a letter by an NIA officer and when he opened the letter, he discovered that it was a dismissal letter.

He said he did not board the same vehicle with the former police chief, Ensa Badjie, on the way to the prison.

Still testifying, Secka said he and Kuluteh Manneh were received at the prison by the prison officers, where they were searched and documented, before being directed to the security gate of the prison.

The former army officer further stated that when they were returned to the NIA, a team of NIA officers went to search his house and collected all his military gear, which he later confirmed.

He further told the court that on 6 March 2010, personnel of the NIA went to the prisons, headed by one Omar Cham and took them from Mile 2, to NIA headquarters conference room, where a panel was seated.

He said at the NIA conference room, Omar Cham asked him whether he knew the reason why he was there, and he replied in the negative, adding that he was told that one Sillaba allegedly was telling people that the President of the Republic gave him drugs to sell, and attached the 1st accused, Ensa Badjie, the 3rd accused, Major Kuluteh Manneh and Secka to him as bodyguards.

He added that Jawurr Keita came to obtain a statement from him at the NIA.

Secka said that as far as he was concerned, that allegation was just a figment of the imagination and was baseless, and he denied being a pilot, adding that he had never involved himself in any drug-related matter.

He further stated that he had been serving the Gambia Armed Forces for 28 years, going through the ranks, and he never had any problems.

Still testifying, DW2 said when Omar Cham gave him a paper to write his statement, he complied, and he made it categorically clear that he was not a pilot.

“At that point, I was taken into a room, where I could hear the voice of Alhagie Morr Jobe and I started to feel abnormal. I told them that they should remember that I was a senior army officer, and did not expect such malpractice from them,” Mam Matarr added.

He added that Alhagie Morr and Omar Cham began to give him blows, and he also tried to defend himself, adding that Alhagie Morr then directed Cham to put him in a cell where he spent the night, and this could be confirmed by the prison way-book.

“After subjecting me to the most brutal inhuman treatment, the two officers asked me whether I am ready to sign the statement. I told them that the content of the statement did not allow me to sign it,” he told the court.

He revealed that it was in the cold season, and they started pouring water on him.

“On 7 March 2010, I was taken to prison and on 10 March 2010, late in the night, I was picked up from my cell; but before leaving the prison, I was booked by one sergeant, who was on duty, and he told me that I was needed at the NIA. I was handcuffed and escorted to the NIA, where I saw Kuluteh Manneh, who was also in handcuffs,” the former senior army officer told the court.

DW2 further told the court that they were taken to the conference hall, which was dark at the time, but he could recognize the voice of Omar Cham, who was telling them to sit down, and that as he was trying to sit down while handcuffed, he was kicked by an unknown officer and they started threatening him with the weapon they had.

“I told them that I did not know Sillaba, and I had no dealings with him,” he told the court. 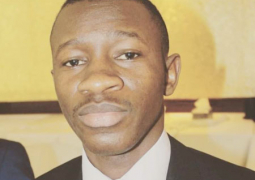 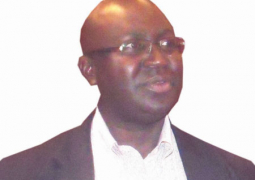