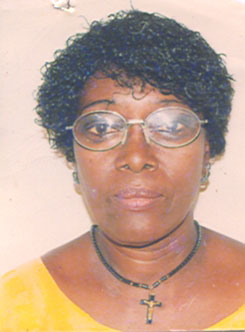 Catholic Women's Organisation (CWO) of the Cathedral of Our Lady of the Assumption Banjul have continued to show how motherly they are by exhibiting their kindness to hundreds of their children during their 10th anniversary over the weekend. CWO Banjul headed by Aunty Ya Sarah Goddard Joof a mother herself, has brought life and vibrancy into their association and stood by the Church in their early stride to making Cathedral self reliant before the pronouncement of the Catholic Church in The Gambia of their self reliant stride for the mission. The CWO Banjul has been the first Catholic Church to fully support the renovation of their church and looks forward to their doing more.

The Two days celebration to commemorate their tenth year of existence was characterized by; Dinner and Dance and the Holy Mass celebrated by the Papal Nuncio to Liberia, Sierra Leone and The Gambia, Arch Bishop Anthony George Sammy. There are 33 strong members of this group that form the backbone of the Cathedral. Among them is Sr. Therese N'Deye as their Spiritual Adviser and other prominent members of the Church. Their unity has been seen by their action and it has been seen in action.

Kombo Coastal Road
, Ya Sarah Goddard Joof in her speech welcomed all to their 10th anniversary. Giving the history of the Catholic Women's Organization (CWO), Ya Sarah said "CWO was formed in 1998 by one Sarah Chansen who was working at the RVH now living in the United Kingdom. By then there were only fifteen members compared to thirty five strong members now. Along the line a lot of things happened to get us to this stage in ten years and we are hopeful of doing the best to show others that to be a mother means a lot. We have our advisers one of them was the late Mrs. Veronic Dador Sarr Forster."

She further said that CWO realizing the need for a self-reliant Church, they had started supporting their Church before the Catholic Mission pronounced it last March coming into action in all parishes of the country. She then named a litany of support rendered by CWO at the CathedralChurch in Banjul. In 2008 she said the whole Cathedral was tiled costing over D136, 000 (Hundred and Thirty Six Thousand Dalasis.) "Our only source of funding is the carol singing and Sponsored Walk and offering from people. In other developments, the CWO visits the Children's Ward on Palm Sun day. We take our Easter Basket full of assorted gifts to make the sick children feel happy and loved above all give them hope for a speedy recovery. We also visit the prison, with prayer and gifts for them. We have two of our members involved in teaching Catechism to the young in our church. One of our highest points is that we had paid visit to Ziguinchor for a 'twining' programme with them for three days. Above that the CWO visited Slough in the United Kingdom to see their sisters and brothers in faith and the sons and daughters of the Catholic Church in The Gambia living in that part of the world," Ya Sarah Goddard Joof said.

An outsider who prefers anonymity says, "I trust in these women. They are committed to doing the right thing despite their limitation but their faith has taken them thus far. I am always happy to spend my last butut even when I don't have it. Mothers should be good example and they have portrayed that indeed, bravo Ya Sarah and group," he said.

Their Spiritual Director, Sr. Therese N'Deye of the Cluny Sisters reiterated her joy in being with the CWO of Banjul. She said they have a good beginning though she is not close to their history but their present points to their history because their way forward comes from their past. She asked them to embrace their organization to take it to higher height and lift the Church higher.

They counted themselves lucky for the Papal Nuncio, Arch Bishop Anthony George Sammy celebrating their 10th anniversary Mass at the Cathedral of Our Lady of the Assumption in Banjul. In his sermon, His Excellency Anthony George Sammy extended the Pope's blessings and well wishes to the people of The Gambia. His Excellency coincidentally celebrated the tenth anniversary of CWO, the Baptism of Jesus Christ and had already completed the retreat with 24 priests with Bishop Emeritus Michael J. Cleary CSSp. and Bishop Robert Patrick Ellison CSSp.

He talked on the baptism of Jesus Christ saying it reminds them of their own baptism and how they should be witnesses in Christ by the virtue of our baptism in Christ. St John he said preached the baptism of repentance and the cross meaning a symbol of glory, symbol of grace making man understand that Jesus with the Spirit and water saves the whole world. He says, "The Church calls us to renew our baptism in the Lord. We know how far we are able to learn on the baptism of our Lord. In the Gospel, it says the Spirit of the Lord is with me, it has anointed me. St. Peter says God has anointed Jesus with His Spirit and power. Every time we celebrate the birth of our Lord we think of this anointing. The name Christ means anointed. It has many meanings and in the olden days it was used to bury and today it tells us how we should live Christian life. A Christian is one who gives testimony."

His Excellency Arch Bishop Sammy thanked the women in Africa and said they are always ahead. Look at the women of CWO here look at Liberia with a woman president. I thank all the women and encourage them to continue the good work. 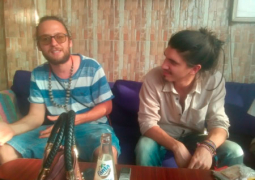