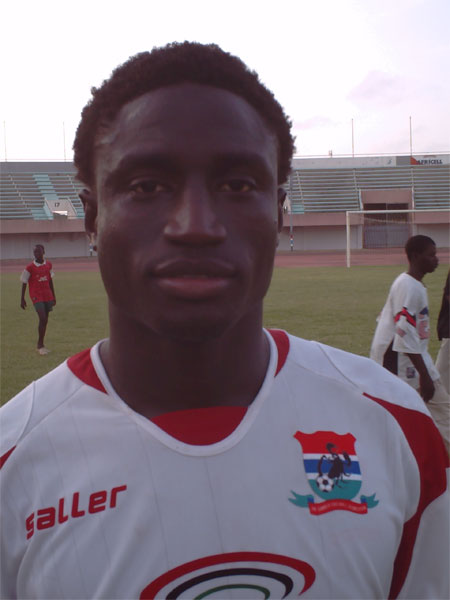 Jagne was substituted in the 63rd minute for Sutter, who went ahead to score the 3rd goal.

Free's brace and goals from Calabro and Lehmann were enough to give St Gallen the necessary points in the final matches. Brunner scored Flawil's goal.

St Gallen, who have 8 points and lie 7th in the Swiss Super League, walked away from further embarrassment in the championship when team coach Uli Forte took solid technical measures to book a place in the next round after numerous attempts at this level, according to the club's website.

The side is set to take on Young Boys on Wednesday in the super league.

The bottom-place side who are struggling in the Swiss top-flight league is the shock of the championship.

Mustapha Jarjue's Mons recorded its second defeat of the season after losing to Tienen 1-0 on Saturday. The defeat has retarded their points to 12 and second position.

Following their 4-1 beating by Chelsea in the Champions League matches last week, Gambian international Momodou Ceesay and Slovakian side Zilina hammered Super Liga side Dubnica 5-2 on Saturday to maintain top spot with 19 points on the table. Momodou Ceesay came in as substitute in the 66th minute in place of goal scorer Oravec.

In Norway, Kristian Brix and Dawda Leigh?s Valerenga beat Viking 4-3 to maintain its fine title run in the Norwegian Tippeligaen. They are second with 49 points behind leaders Rosenborg.

Pa Saikou Kujabi's FV Frankfurt lost to Greuther Furth on Friday to sink to 9th and 6 points in the German second Bundesliga on Friday.