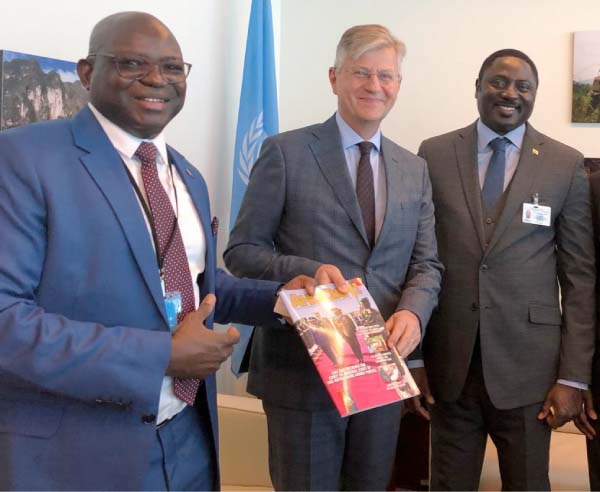 The Chief of Defence Staff of The Gambia Armed Forces (GAF) Lieutenant General Masanneh N Kinteh is on an official working visit to the United Nations Headquarters in New York. The visit which is led by the Honorable Minister of Foreign Affairs and Gambians Abroad, Dr. Momodou Tangara, among other things is a follow up visit on earlier requests and pledges made by the GAF in furtherance of GAF peacekeeping efforts. The GAF in the recent past have achieved tremendous success in peacekeeping especially in meeting target of the UN Secretary Generals Action for Peace Plan (A4P) initiative by mainstreaming gender in our deployments across the globe. Today GAF can boast of achieving the UN female threshold after deploying over 56% of GAF female personnel in United Nations Peacekeeping missions. These efforts were registered through the support of the office of the Chief of Defence Staff and The Gambia’s Permanent Mission in New York.

During the visit, the delegation had fruitful interactions with some key leaders of the UN including the Military Advisor to the UN Secretary General, Lieutenant General Carlos Humberto Loitey, the Undersecretary Generals at the Departments for Peace Support and Peace Operations Mr Atul Khare and Mr Jean Pierre Lacroix respectively. All these personalities appreciated the visit and commended Gambian peacekeepers for their professionalism and contributions towards peace across the globe. Similarly, the UN Police Adviser to the Secretary General, Commissioner Luis Carrillo also commended the personnel of The Gambia Police Force for their outstanding performance in the various peace missions across the globe.

In the margins of the visit, precisely on 3 March 2020, the CDS met with his Irish counterpart Vice Admiral Mark Mallet. The two discussed several issues bordering on strengthening military cooperation between the armed forces of the two countries. The two generals appreciated the meeting and promised to forge ahead in developing relations in various areas of military cooperation.

It may be pertinent to reecho the efforts that the CDS and the government of The Gambia are taking in the area of peacekeeping especially under the United Nations flag. The government of the Gambia through the Gambia Armed Forces has pledged to deploy a Battalion and a Military Police Company and several several visits have been embarked upon since the dawn of the new dispensation to ensure that this goal is achieved in the shortest possible time.  It is also envisaged that these visits would further consolidate and deepen our gains in peacekeeping as well as provide new opportunities in the area of future peacekeeping engagements for The Gambia and the Armed Forces. 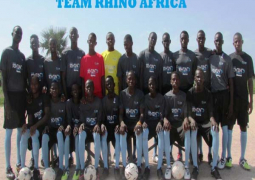