Gambian chess clubs have written a letter to the president of the Gambia Chess Federation asking him to call an extraordinary meeting in which he would step down, after he had failed to meet the demands of the chess clubs.

Joseph Dalliah, a member of Santas Chess Club, and the National Chess Arbiter Federacion Enteranacionale de Echec, said that according to Article 6 section 6 of the constitution of the Gambia Chess Federation, two-thirds majority of the club delegates can meet and agree to impeach the executives.

Mr Dalliah pointed out that the executives “are not executing their duties effectively”, saying they need to step down because “they are not working in the best interest of the federation; instead they are working for themselves”.

Mr Dalliah urged the NSC to throw away the defending case of the Gambia Chess Federation, adding that it is totally unfair to chess clubs in the country when members of the executive are just there to enrich themselves.

Mr Dalliah seized the opportunity to call on the Gambia Chess Federation executives to call an extraordinary meeting that would let them step down and elect new executives that will run the affairs of the federation. 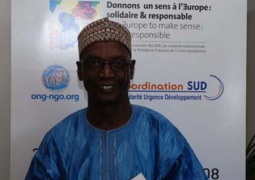