Among several challenges faced by the young people in The Gambia and the African continent as a whole, Tobacco and the use of Alcohol, drug and substance abuse and illegal migration formed part of the subjects of discussion in recently.

According to a press release issued by the Coalition of antitobacco Gambia Chapter, the forum was meant to celebrate the national award conferred on one of the  natives of , Sambujang Conteh, director of RAID-The Gambia, by The Gambian leader, His Excellency Professor Yahya Jammeh. The award is in recognition of his invaluable support and contribution towards the fight against the use of tobacco, alcohol, illicit drugs and for his active engagement in the campaign against the thorny issue of illegal migration.

Saturday's celebration in the was preceded by displays of different cultural groups, with the formal discussion taking place later in the afternoon.

The occasion, according to the release, is a show of appreciation of the Gambian leader's move to recognise a true native of the region for his service towards nation building.

Speaking on the occasion, Sambujang Conteh thanked the Gambian leader for recognising his efforts by conferring on him such a national award. He said it had never crossed his mind that his engagement with the young people was been taking note of, and that the award came to him as a surprise. He thanked the young people who he said has been his colleagues in the course of the fight against Tobacco and its related vices in the country. Conteh also thanked his family for been supportive to him.

Conteh however used the occasion to remind the young people of the challenges ahead, urging them to be ready to overcome them. He went further to elaborate on the important role the young people have to play in the national development effort, noting that the youths are the future leaders of any nation and that as such they should be good ambassadors and always lead by example for the benefit of the younger generation.

He saluted all the institutions and individuals that helped him in the course of his struggle.

Momodou Marr, deputy governor of the region, also thanked The Gambian leader for recognising the efforts of Conteh.

The award, Marr said, did not come to him as a surprise, noting that President Jammeh "has always been there for deserving and hard working people."

Deputy Governor Marr used the occasion to urge the youths to desist from using illicit substances, drawing their attention to the implications of smoking in the public places as per the laws of The Gambia.

"Let us love each other and recognised the hard work of good"people," Marr noted.

Highlighting the numerous development undertakings the region has realised, such as the provision of portable drinking water, electricity and, recently, the completion of what is viewed as the best road network in the country, Marr stressed the commendable effort of the government in transforming The Gambia, particularly the North Bank Region, from darkness to light.

Mamadou Gassama, Communications Officer at the World Health Organisation said he had come to know Conteh through his hard work, some 20 years back. According to him, Conteh deserved the award and that his efforts should be recognised.

On Tobacco and its impacts, Gassama said, "it is harmful, hazardous and has a lot of consequences to human health. He added that statistics indicate that 25% of the young people involving in smoking are between the ages of 13 and 15. This, he said, constitutes a serious health threat, and worse still, he said, this number continues to increase by the day.

"There is no benefit in smoking, it only damages one's health, causing problems in the society," said Gassama. 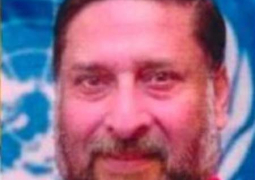 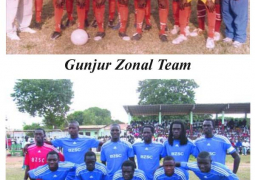 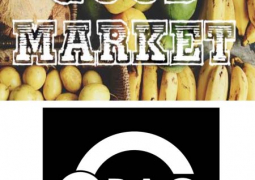