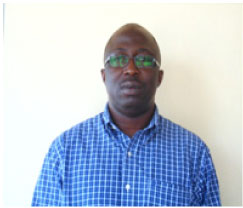 The Gambia Basket Associationisset to celebrate the Head of State’s 48th birthday anniversary through an international basketball tournament which is set to kick off today at the independence Stadium basketball court in Bakau at 19:00 hours.

Two basketball teams from the neighboring countries, Senegal and Mauritania will join the Gambia to celebrate the president’s birthday.

This was disclosed at a press briefing yesterday by the GBA Secretary General Abdoulie M.B. Jallow, who told reporters that this would be the first time that the newly selected Gambia Basketball national team will be showcased internationally.

He disclosed that Senegal and Mauritanian teams are due to arrive today in Banjul and will be lodged at the Paradise Suites Hotel in Kololi, fully sponsored by the Ministry of Youth and Sports.

He further revealed that the tournament will commence today where the Gambia Basketball national team will clash with the Senegalese team at the Independence stadium at 19:00 hours.

He said on Friday, Senegal will played Mauritania at the same venue and time, adding that on Saturday, Gambia will play Mauritania making the final round of the game.

He said the tournament is in collaboration with the ministry of youths and sports through the National Sports Council saying that they have been working these past few days to make sure that the tournament is properly organised.

He outlined that the Gambia is playing on the Birthday of the president which he said is most appropriate in organising the tournament and invites all basketball lovers to come and support the team.

The secretary went on to thank the government, the Ministry of Youth and Sports, the GNOC, Trust Bank and all others for their support.