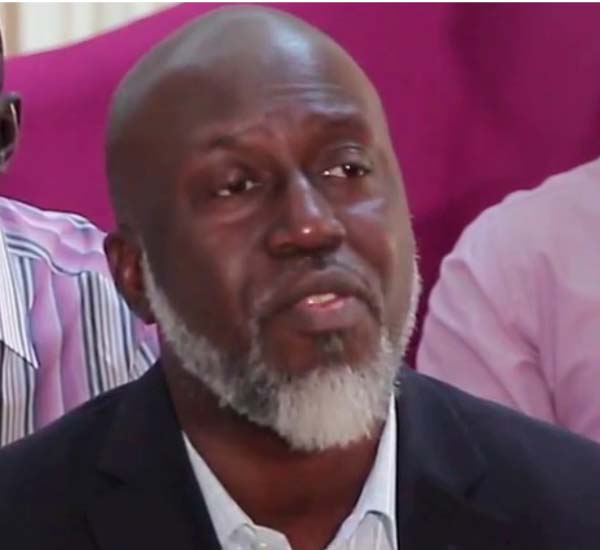 The case of the Gambia Bar Association against the Judicial Service Commission and the Attorney General over the appointment of four Nigerian judges has been referred to the Supreme Court for determination.

The civil suit was filed by Rachel Mendy, Combeh Gaye and Abdul Aziz Bensouda as trustees of the Gambia Bar Association at the High Court in Banjul.

At a recent sitting of the court, the presiding judge, Justice Amina Saho-Ceasay of the High Court in Banjul referred the case to the highest court of the land for determination.

She made the referral while delivering a ruling premised on the preliminary objection filed by the Judicial Service Commission and the Attorney General.

It would be recalled that the applicants (the trustees of GBA) filed a suit against the Judicial Service Commission and the Attorney General, seeking a declaration that the appointments by the Judicial Service Commission of Edward E. Ogar, Martias O. Agboola, Simeon A. Abi and Martins U. Okoi as judges of the High Court was unconstitutional, null and void.

In her ruling, the presiding judge disclosed that two issues stood out for resolution considering the preliminary objection filed by the respondents.

She said the issues are whether the High Court in considering the grant or otherwise of the reliefs sought by the applicant would have to resort to the interpretation and/ or enforcement of the constitution, and whether the court could exercise its supervisory powers over the 1st respondent (JSC).

Justice A.S. Ceesay said section 133 of the constitution makes provision for the supervisory jurisdiction of the High Court over all lower courts and adjudicatory authorities in The Gambia.

She noted that in the exercise of that authority, the court was empowered to issue directions, orders or writs including those prerogative orders.

She revealed that there was no basis for the argument that the High Court could not exercise supervisory jurisdiction over the JSC.

She further revealed that the JSC being a body of persons charged with public duty by virtue of section 147 of the constitution was liable to judicial review.

Justice Ceesay disclosed that on the jurisdictional challenge, the counsel for the 1st respondent (Ida Drammeh) argued that section 127(1)(a) of the constitution must be read together with section 132(1)(b) and that any relief which calls for international and enforcement of any provision of the constitution other than sections 18-33 and section 36(5) could not be heard by the High Court and it could only be determined by the Supreme Court of The Gambia, which in the language of section 127 of the constitution has exclusive original jurisdiction.

She disclosed that the counsel for the applicant (Y. Senghore) argued that the provisions of section 127(1) (a) was very clear and nowhere in that provision does it say that each and every time that reference was made to the constitution, that the case must be referred to the supreme court.

Justice Amina Saho-Ceesay said the vexed question was the reliefs sought by the applicant require an interpretation or enforcement of the constitution?

She said the question was whether the application falls within the province of section 127(1)(a) of the constitution regarding the exclusivity in the enforcement of the provisions of the constitution other than the fundamental rights and freedoms contained in sections 18-33 and section 36(5).

Justice Ceesay said it was glaring that the GBA trustees application was not seeking for the enforcement or interpretation of the fundamental rights and freedoms but the removal of the four High Court judges, an order rescinding their appointments in that their appointments were not made in accordance with the 1997 constitution.

She declared that the jurisdiction of the High Court to hear and determine the application was ousted and so vested in the Supreme Court in its exclusive original jurisdiction.

She, therefore, granted the preliminary objection filed by the JSC and the AG and then set in motion the provisions of section 127(2) of the constitution then referred the matter to the Supreme Court of the Gambia for determination.