In an environment where the size of formal job market is small and the informal job market seems a treasured virgin, as it arguably is in Gambia, irregularities in the job sector becomes quite inevitable.

Scrambling for limited job openings by many – the young and the old, qualified and unqualified, and even ghosts – not only becomes the order of the day, but also an unfortunate pastime. And this generally works against the best interest of young people.

One such irregularity, as pointed out by the Banjul City youth, is that some old people do refuse to retire even when they are due.

This was raised as a concern by the capital city’s youth delegates during the recently concluded 2012 NaYCONF held in Bansang.

And if their presentation is anything to go by, the old people’s refusal to retire has contributed to the high youth unemployment facing that Island of a capital.

However, the issue of youth unemployment in Banjul, and by extension the country, is too big a beef for only the old people to wolf.

Also causing frustration among the youth in Banjul, as featured in their resolution, is that employers continue to put ‘favoritism in place of meritocracy’.

In order words, securing a job depends more on, as the cliché goes, ‘who you know than what you know’.

Also acknowledged by the city youth themselves is the poor qualification on their part.

This is compounded by the fact that young people are not willing to venture into the informal sector.

The effects, it is revealed, are damning, as young people in the capital are forced into immoral and criminal enterprises - prostitution, stealing, drug abuse/trafficking.

Even to an untutored eye, the recommendations of the city youth are quite doable.

That employment should be based on merit instead of favours; the job market should be expanded to absorb more youth; and ‘more funding opportunities like the GAMJOBS should evolve’.

With the country grappling with rising rate of illicit drug trade, it is only apparent that Banjul the capital that hosts the country’s one and only seaport cannot escape this menace.

The young people are aware of this, and were frank enough to admit that most of them engage in drug abuse and trafficking due to poverty, unemployment and peer pressure.

Against this backdrop, the youth resolve that government should at least reduce the entry of illicit drugs into the country, and create job opportunities.

Also, even when the standard of education in Banjul is a far cry from what obtains, say, in the provincial regions, the youth of Banjul believe that the presence of unqualified teachers in schools is compromising the quality of education there. The attitude of youth towards education and indiscipline in schools were also cited as factors responsible for low standards in schools. The youth thus demand that the region be provided with qualified teachers. 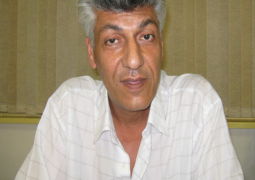