The alleged theft case involving one Muhammed Mucktarr, a Mauritanian national, and a former employee of Gam-food, Tuesday continued at the Special Criminal Court in Banjul before Justice Emmanuel Nkea.

It continued with the evidence of one Bhan Wankari who told the Special Criminal Court that he could not remember the time the accused offered him corrugated iron sheets.

It took him 1 or 2 weeks for him (the witness) to respond to the offer, he said, adding that he could not remember the time he made the payment to the accused.

Asked by the state counsel whether if he saw the receipt issued to him by the accused he would be able to recognise it, he replied in the affirmative.

He identified the said receipt and the prosecutor applied to tender the receipt in evidence as exhibit.

However, a team of defence counsels objected to the tendering of the said receipt, stating that they needed to get instruction from their client. 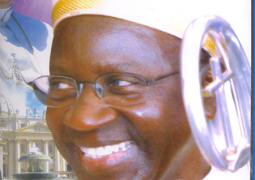