The Ansarulah (helpers of God), a group of elders under the umbrella of the Ahmadiyya Muslim Jamaat of The Gambia on Saturday held its annual gathering at their central mosque in Tallinding.

In his welcoming remarks, Oustaz Fafanding Darboe, the National President of Ansarulah spoke about the significance of the gathering.

According to him, the group comprises men from forty years and above.

He reminded the participants that their role is to propagate the teachings of Islam. The Ansarulah, he said, is started in the Ahmadiyya faith since in 1940. He told them that to serve in such a body is a big blessing from God, which he said must be cherished.

Oustaz Darboe encouraged the gathering to always read the Quran and follow its teachings. "The culture of reading the Holy Quran should always be in us" he said. Darboe further revealed that such a gathering helps the Ansarulah to better manage their families.

"We must always ensure that public interest supersedes our individual interest," says Darboe.

Speaking on the theme: Importance of Prayers, the Missionary-in-charge Oustaz Syed Saeed UL Hassan Shah noted that the meaning of worship is incomplete without prayers. He reminded his audience that the importance of prayers cannot be over-emphasised as it's among the five pillars of Islam.

"If we want the blessings of God we must observe the five daily prayers regularly," he said, noting that Salat (prayers) is the key to paradise. He further encouraged them to go in for congregational prayers which, according to him, attracts more reward.

According to him, on the Day of Judgement people would be first accounted for their prayers, and that if it’s accepted then they would be assured of paradise.

Other speakers included Mr. Musa Kinteh, who spoke on the role of a person who calls people to Allah. 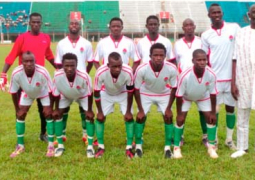