The French Development Agency (AFD) and the government of The Gambia have signed a financing agreement formalising a 2 million euro budget support to The Gambia.

The minister of Finance and Economic Affairs Mambury Njie and Mr. Alexandre Pointier, the French Development Agency (AFD) regional director for Senegal, The Gambia, Cabo Verde and Guinea Bissau signed the financing agreement at a ceremony held at the Ministry of Finance in Banjul on Tuesday.

At the signing ceremony, Mr. Alexandre Pointier, expressed France’s willingness to work toward the renovation of its diplomatic and economic relations with the country, recalling that during the international donor conference for The Gambia in Brussels in May 2018, France pledged to contribute to the economic stabilisation of The Gambia and to support the implementation of the National Development Plan with 50 million euro to be disbursed over 2018 to 2021.

The financing agreement signed between AFD and the government of The Gambia, he said, is a second budget support operation and it comes in addition to the pledge made at the Brussels donor conference in 2018.

“The French government granted a 5 million euro budget support to sustain the macroeconomic stabilisation of the country and to ease the transition towards an International Monetary Fund (IMF) financed program “.

Mr. Pointier maintained that the purpose of this second operation was to safeguard poverty reducing spending and to support efforts by the government of The Gambia to restore fiscal balance.

“As such it will both seek to safeguard poverty reducing expenditures and alleviate the government’s financing gap”.

In the Memorandum of Understanding signed between the Republic of The Gambia and the French Development Agency on November 5, 2018 in the presence of Mr. Jean Yves L.E. Drian, minister of Europe and Foreign Affairs, AFD Regional boss expressed his institution’s commitment to further boost its cooperation with The Gambia.

He added that in the short-term, up to 26.5 million euro programmes will be implemented, in addition to budget support in the areas of agriculture so as to increase food sufficiency; access to water in urban areas and to support sustainable public services development.

For his part, Mambury Njie, the minister of Finance and Economic Affairs, thanked the AFD for the budget support to The Gambia and said that the support would help the government in its financial development areas.

“AFD is France’s inclusive public development bank, it is committed to financing and technical assistance to projects that genuinely improve everyday life, both in developing and emerging countries and in the French overseas territories. The action is fully in line with the sustainable development goals through its network of 85 agencies. AFD operates in 109 counties where it is currently financing, supervising and supporting over 3,600 development projects. “ 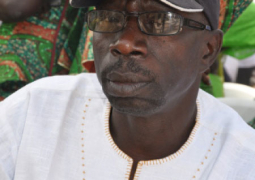 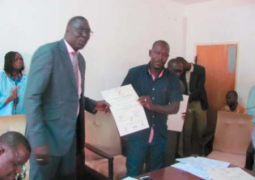