The results of the previous matches are as follows: Bakau 1-1 Serrekunda West and Banjul 0-0 Serrekunda East.

Speaking to Pointsports, the head coach of the Gunjur Zonal team, Lamin Kaku Jabang, expressed optimism that his team will lift the zonal championship this year and he revealed that his boys are well prepared for their Saturday encounter with the defending champions Bakau at Serrekunda West Mini Stadium.

He called on fans to come in numbers to cheer the boys so that they can beat Bakau and prepare for their encounter with Sukuta and Serrekunda West and he also appealed to fans to maintain discipline during the tournament. 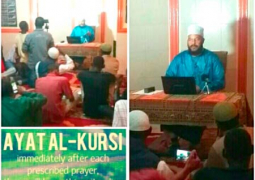