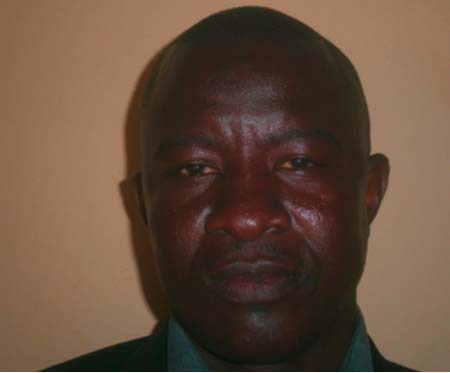 Kebba Toumanding Sanneh, general manager at the Abuko Central Abattoir under Kanilai Farms Limited, has said there will be organised and reasonable pricing for rams during the forthcoming Tobaski, and he thanked all livestock dealers for patronizing the abattoir.

He said the abattoir is for every Gambian and non-Gambian, adding that Gambian dealers should not allow foreign dealers to exploit their market price.

Mr Sanneh, who was speaking to a reporter of The Point recently, said they should apply reasonable, affordable prices to the average Gambian consumers.

According to him, preparation is in high gear to ensure availability of animals for the forthcoming Tobaski feast, adding that they would endeavour to minimise most of the difficulties encountered by dealers over the years.

“I have also discussed with the dealers, and they have promised me that they will come with a lot of rams to Abuko for the Tobaski ram sale, so we hope that all Gambians will have enough rams,” he said.

He advised them that they should be reasonable in pricing their animals, adding that the other concern the dealers raised was about the ferry crossing.

“I also spoke to some of the officers in charge and they have promised me that they will solve this problem; so I am hoping that there will not be much difficulty at the ferry crossing.”

Mr Sanneh further said documents must be provided for animals that are transported to the abattoir to avoid people selling stolen animals, as they “do encounter such a problem” in Abuko.

“We want to make sure that dealers give prices that are affordable, and anyone found wanting the law will take its course,” the Abuko Abattoir GM said.

He assured livestock dealers of enough security at Abuko, and thanked the Abuko police through their station officer for giving them the maximum support.

“We got an executive directive that no one would be allowed to sell in the streets or outside the abattoir, everything should be inside and that is why we are trying to create more space for others,” he said.

“We cannot a fix price for their animals, but the price should be reasonable. The CFA currency is not an excuse as regulations are there. We are in The Gambia and we are using the dalasi,” he stated.

“Let us respect the laws of the country and whatever we do should be in the interest of the country,” he said. “As Muslims we must be God-fearing, and should not overprice.”

Some of the livestock dealers who spoke expressed optimism about getting enough rams for the forthcoming Tobaski.

According to some of the dealers, since they have been transferred from the cashew area to the main Central Abuko Abattoir, they have been working with GM Sanneh “smoothly with less hindrance”.

“We would like to work with him in the future for the development of the abattoir and the country at large,” some dealers said. 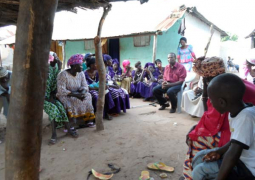 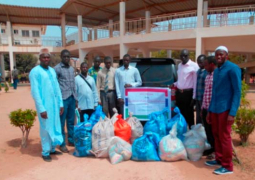